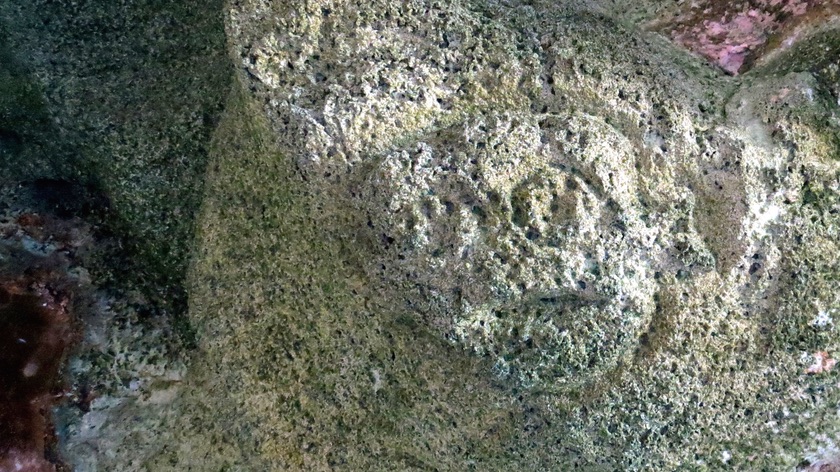 The Bahamas has a historical site in the form of a cave that contains carvings. These kinds of carvings are also referred to as petroglyphs. The cave is called Hartford Cave and is a historical site located at Rum Cay. These amazing material remains are waiting to be seen and understood.

This photo book produces insight into the most distinguishable carvings to make their beauty and heritage become more visible. It may also encourage further discussions on how and why the petroglyphs were made, as well as spur new interpretations to understand better the early people of Bahamas, which can contribute to the understanding of its historical heritage.

A stone with a petroglyph on it was removed from the cave long time ago and replaced by concrete. The person or phenomenon that dislodged the fragment remains unknown, as does the path taken by the petroglyph until it reached its current location under the custody of the Gerace Research Centre, Bahamas.

The removed petroglyph photo is now taken and presented in the photo book but this was only possible, with deep appreciation of the support of the local community at Rum Cay, Bahamas and courtesy of The Gerace Research Centre, Bahamas, as well as The National Museum of The Bahamas, Antiquities, Monuments and Museums Corporation.

Please note that you can send any questions/feedback through the contact form below or writing to the following email: info@rum-cay-heritage.com. 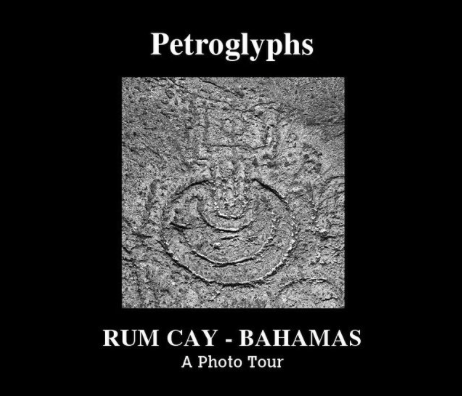